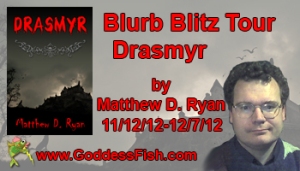 This is a continuation of the train of thought started with my “Monster Mishmash: A Vampire Dragon” post. In that post, I examined what a creature that was the result of crossing a dragon and vampire would be like. So, I thought, why not continue the thought process and see what happens when you cross a vampire with a werewolf? Unfortunately, this one doesn’t work quite as well. Depending upon the tradition you start with, it might not be really that much of a change. I remember in Francis Ford Coppola’s film version of Bram Stoker’s “Dracula,” there were several instances where Dracula shape-changed into something, that to me, looked pretty much like a werewolf. A snarling, lust-ridden, beastie of fur, and claws. And if that’s the case, trying to make a vampire into a werewolf, might be something of a step down or just an insignificant change. The vampire can already control wolves, and assume the werewolf form: what would the werewolf aspect give him? Dracula is, also, already supernaturally strong. At most, the vampire might just lose-control of his shape-shifting faculties on the night of a full moon. And lack of control would certainly be a weakness gained. Alternatively, and perhaps more probably, he would just absorb the werewolf nature and continue on his way, relatively unchanged.

On the other hand, if you go with the “Underworld” series of movies, the notion of a vampire-werewolf is already central to the plot: they beat me to the punchline here. Underworld vampires are limited to human form, and not as physically strong (I don’t think) as the werewolves. In such a situation, both species benefit from the mix and you wind up with something that is “stronger than either.” There’s really not that much to add to the notion here, because the whole movie series revolves around that plot point. They have their vampire-werewolves and they have several two hour movies to develop the theme in, compared to my mere few hundred words of text. Still, I should probably say something. A vampire-werewolf in Underworld, if I recall, gains a limited shape-changing ability, and also loses the weaknesses of each respective species. He is no longer affected by silver or sunlight. So, the only way to kill him is to rip him to pieces. And if that is your plan, since he is unusually strong, you’ll have your work cut out for you.

Anyway, those are my thoughts on the vampire-werewolf. For myself, since I prefer my vampires like Dracula, I see only a limited benefit in the combination, if that. The vampire is already in possession of much of the werewolf’s strengths, so the combination is of limited utility.

The author, Matthew D. Ryan, lives in northern New York on the shores of Lake Champlain, one of the largest lakes in the continental United States, famous for the Battle of Plattsburgh and the ever-elusive Lake Champlain Monster, a beastie more commonly referred to as Champy. Matthew has studied philosophy, mathematics, and computer science in the academic world. He has earned a black belt in martial arts.
View all posts by atoasttodragons »
« Previous post
Next post »